Breaking Down the Body’s Response to SARS-CoV-2

When the SARS-CoV-2 virus enters your nose and airways, your immune system leaps into action. But the details of how the immune system responds can depend on many factors. How old are you? Are you pregnant? What are your sex and gender? Do you have cancer? Have you been vaccinated? What about a booster shot?

For those who get sick, the experience can range from a mild cold to serious illness. Months later, some people may still suffer from fatigue, pain, or other symptoms. And the extent to which the immune system is prepared to deal with a future infection varies, too.

To study the ways that a person’s immune system can respond — both to SARS-CoV-2 itself and to COVID-19 vaccines — scientists across the country are collaborating to understand the immune responses of people of different backgrounds, including many with diseases that affect the immune system. The research is part of the Serological Sciences Network for COVID-19 (SeroNet), led by the National Cancer Institute (NCI) in collaboration with other NIH Institutes and Centers. The infrastructure that NCI uses to study the immune system in relation to cancer was easily adapted to study the immune response to SARS-CoV-2.

“We’re looking at the whole immune response in every part of the body. It’s a real, comprehensive effort to understand SARS-CoV-2,” said Galit Alter, Ph.D., an immunologist at Harvard Medical School and the co-chair of SeroNet’s steering committee. “And we’re looking across every population, from babies to marginalized communities, and trying to put all the puzzle pieces together.”

Each of the researchers in SeroNet is studying the immune response in their own defined group of participants while using network resources and partnerships to advance the science. What they learn should help improve treatments and inform vaccine development, and it will also apply to other diseases and potential future pandemics.

Alter has developed a method for studying the immune system that she calls “systems serology.” Serology is the study of the liquid component of blood. Using her systems serology approach, Alter can measure many aspects of the body’s complex antibody response at once.

For each scientific question about SARS-CoV-2, the team runs 10 to 25 tests per blood sample. Those tests create 50 to 2,000 datapoints representing different aspects of the antibody response, including how tightly antibodies bind to their target on the virus, in what way they bind to that target, and how well they can recruit the immune system to kill the virus.

All of that data is way too much for one person to analyze. Instead, a computer filters through the results using machine learning, similar to the way computers learn to recognize faces. “We look for patterns in the antibody response,” Alter said. “We want to understand what those patterns are in people who can control or clear the infection, to begin to understand how the body optimally fights the virus.”

Before the pandemic, Alter and her colleagues used their systems serology approach to study how antibodies respond to, control, and kill the bacteria that cause tuberculosis, the parasite that causes malaria, and HIV. When SARS-CoV-2 appeared, she said, “[There] was a rapid and necessary repurposing to help respond to the global pandemic.”

Alter’s work is helping to clarify exactly how antibodies battle SARS-CoV-2. For example, she has gained insight on why breakthrough infections have become more common as new variants have appeared. With the earlier variants, vaccinated people had plenty of neutralizing antibodies that could recognize and prevent the original virus from infecting cells by blocking the protein that gets it into cells, then attract macrophages to eat and destroy the virus.

The research has shown that neutralization alone is not preventing severe disease with more recent variants. However, SARS-CoV-2 antibodies are still preventing severe disease by recruiting other immune cells to engulf and destroy the virus. The immune system has many ways of fighting an invader, and that’s why most vaccinated people do not get seriously ill — “the most important clinical impact of vaccines,” she said. “The antibodies continue to bind and leverage the immune system to clear the virus.”

The information Alter and her colleagues are collecting could lead to better ways of fighting COVID-19. For example, scientists can use data about the immune response of people who are resistant to SARS-CoV-2 to design virus-fighting treatments or better vaccines against future variants of concern. 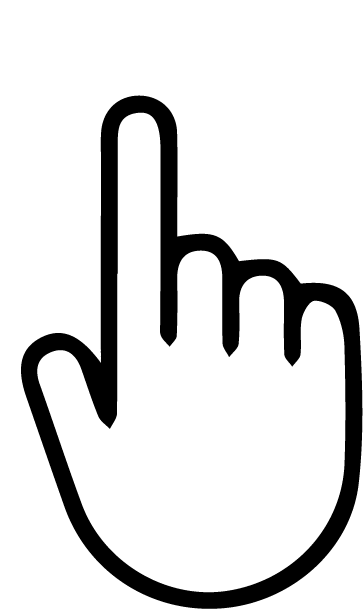 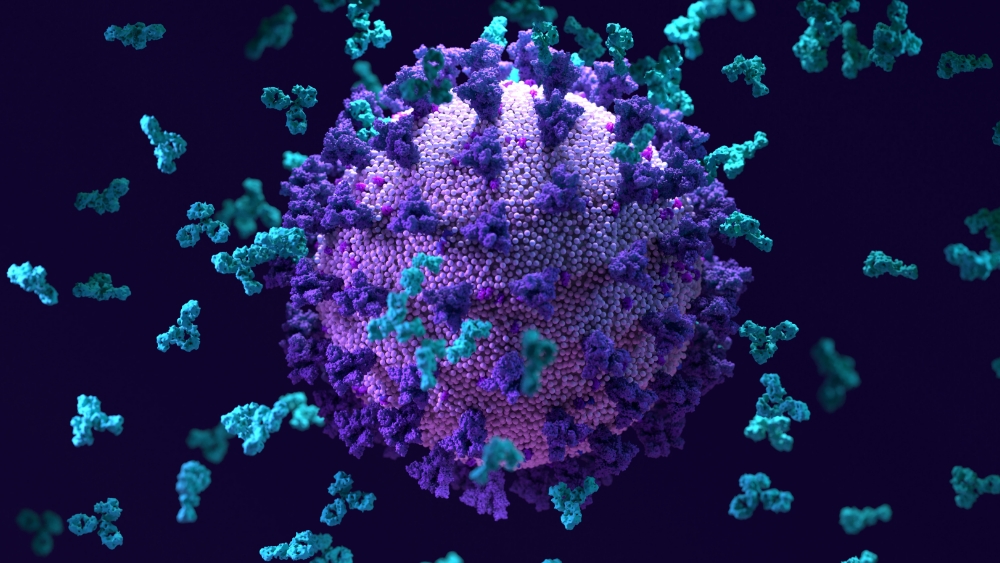 SeroNet is the nation’s largest coordinated effort to study the immune response to COVID-19.

Sabra Klein, Ph.D., is a viral immunologist at Johns Hopkins Bloomberg School of Public Health and the Johns Hopkins School of Medicine. She studies sex differences in immune response.

Before 2020, Klein studied the influenza virus. But in January 2020, she was paying attention to the news about the emerging coronavirus in China. “I immediately saw that there was a higher percentage of male patients, like a 60-40 split,” she says. She knew that the same was true for the first severe acute respiratory syndrome (SARS) virus in 2003 and for Middle East respiratory syndrome (MERS) as well. “I thought, ‘There is nothing unique about this virus. I’ve seen it before.’”

Many of the genes involved in the body’s immune response are located on the X chromosome. People who have two X chromosomes inherit these genes from both parents. Having two copies of the X chromosome from different parents means more variety in these genes, an advantage for dealing with a diverse range of pathogens. That means men, most of whom have only one X chromosome, can be at a disadvantage while fighting off a virus. It may also explain why women are more prone to autoimmune diseases like lupus and rheumatoid arthritis.

Klein and her colleagues are studying samples from patients who enrolled in studies at Johns Hopkins as far back as 2020. “Hopkins immediately mobilized when the pandemic arrived in Baltimore,” she said. “We had huge tents set up for people to come in.” People with symptoms had their nose swabbed and were asked whether they wanted to enroll in a research study. About half of the participants who signed up in 2020 and had COVID-19 but were not sick enough to be hospitalized now have Long COVID.

By analyzing samples from people with Long COVID, a colleague of Klein’s has found irregularities in their immune cells — specifically, the way they process some molecules has changed. These changes are also associated with loss of taste and smell.

Jane Figueiredo, Ph.D., is an epidemiologist at Cedars-Sinai Medical Center in Los Angeles. Her expertise is in the epidemiology of cancer, and within SeroNet she is studying how people with cancer respond to SARS-CoV-2 infection and COVID-19 vaccination.

Patients with cancer have to be very careful to avoid illness. The treatments they receive for cancer can alter their immune systems, and becoming sick can cause delays in receiving anticancer treatments.

Figueiredo and her colleagues started signing up patients with cancer in the fall of 2020. Initially, the scientists in SeroNet thought they would be focusing primarily on the differences in SARS-CoV-2 infection risk. But then, only a few months after SeroNet funding started, vaccines became available.

“The vaccine rollout added a new level of complexity for our research. Understanding the immune responses to vaccines across diverse populations became the critical new question,” she said. “We’ve been successful because we’ve learned how to be nimble, to work together, and to evolve with the pandemic.” More recently, the network’s research teams have shifted again to study how the immune system responds to viral variants that are able to evade the vaccines.

Once vaccines became available, patients with cancer were among the first groups to be vaccinated, but testing soon showed they weren’t producing as many antibodies as people without cancer. Still, as Alter’s work demonstrates, antibodies are not the whole story. Figueiredo, her colleagues, and other SeroNet researchers are working to understand how patients’ immune systems have responded to both the virus and vaccination over the last few years.

"We’ve been successful because we’ve learned how to be nimble, to work together, and to evolve with the pandemic.” —Jane Figueiredo, Ph.D.

As the head of the HPV Serology Laboratory at the Frederick National Laboratory for Cancer Research (FNLCR), Ligia Pinto, Ph.D., had worked for two decades on topics related to human papillomavirus (HPV), including understanding how the immune system responds to HPV vaccination and infection. When the pandemic began, she pivoted: In the spring of 2020, the HPV Serology Lab started working with the U.S. Food and Drug Administration to independently evaluate commercially available antibody tests, making sure that they were accurate and reliable. The lab helped establish SeroNet and has expanded to support the response to the pandemic. Pinto directs the Vaccine, Immunity, and Cancer Directorate at FNLCR.

One of the Serology Lab’s roles is to develop and distribute the Human SARS-CoV-2 Serology Standard, based on the lab’s previous experience with HPV. The serology standard is made from the blood of four people who had COVID-19 and recovered. Researchers can use the standard to make sure the results of their studies can be compared to results from other studies. The U.S. standard is calibrated to the World Health Organization’s standard.

The serology standard is stored in thousands of vials, many of which have been sent to scientists, including those in SeroNet. The current standard is far from running out, but Pinto said she and her colleagues are already planning for the next batch. “To select four appropriate samples, you typically have to test a lot more samples,” she said. They test the samples with a variety of assays to make sure the standard will work on a variety of tests and in different labs.

The standard helps scientists be sure that they are generating robust data that can be used to inform public health recommendations. With help from the serology standard, SeroNet researchers are working toward a future where someone can take a blood test to see whether they have enough protection already or whether they need a booster — such tests are already possible for hepatitis B, but not for most other diseases

These researchers’ projects are just a few examples of the work taking place across SeroNet. The network includes researchers at 25 institutions studying immune responses for many different groups of people.

“We’re going from the virus to the antibody molecules, the cells, all the way to people’s psychological reactions to vaccines and tests,” Alter said. This research will help the world prepare for future pandemics and also pave a way to living with SARS-CoV-2. “The virus will continue to evolve — that’s its job. How can we learn to coexist with this pathogen forever?”

The researchers in SeroNet are sharing their results through publications in the scientific literature.

NCI is contributing to the global effort to address COVID-19.

How COVID-19 Changes the Gut Microbiome

NIH Funds Studies to Advance Diagnosis of MIS-C in Children

The National Institutes of Health has awarded eight research grants to refine new technologies for early diagnosis of severe illnesses resulting from SARS-CoV-2 infection in children. 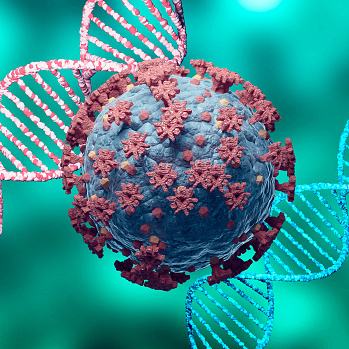 Explore more stories about the impact of NIH research.

Learn how NIH has improved basic understanding of the SARS-CoV-2 virus and sped up the development of COVID-19 vaccines, treatments, and testing.